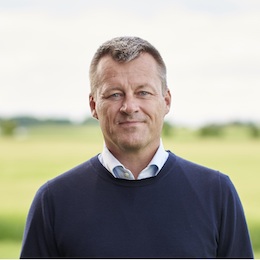 Jesper Brodin is the CEO of Ingka Group. His career with IKEA spans over 20 years, and he stepped into his current role in September 2017. Before being appointed CEO, Jesper was Managing Director at IKEA of Sweden/Range & Supply, which is responsible for the development of the product range and supply chain of the IKEA Brand.  Jesper’s career at IKEA started in 1995 with a purchase manager role in Pakistan; not long after that he became Regional Purchase Manager for South East Asia. In 1999, he took on the assignment of assistant, both to IKEA founder Ingvar Kamprad and to Anders Dahlvig, who was CEO at that time. Jesper’s vision for Ingka Group spotlights sustainable development. He is a member of the World Economic Forum, advocating for wider climate commitments across the global retail sector.