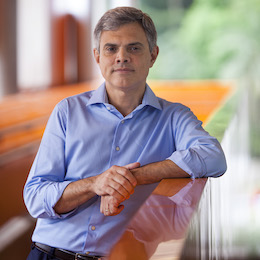 João Paulo Ferreira is the CEO of Natura, the No. 1 cosmetics manufacturer in Brazil. Natura has built a presence in the 7 largest Latin American countries: Brazil, Argentina, Peru, Columbia, Chile, Bolivia, Mexico, as well as France. Since its foundation, Natura Brasil has been committed to combining growth with respect for and preservation of the planet, as well as a strong sense of social responsibility. João Paulo joined Natura in 2009 as Vice President of Supply Chain, and later became the Vice President of Business Operations.

Previously, João Paulo worked at Unilever for 20 years, where the last position he occupied was Vice President of Supply Chain. He completed his undergraduate degree in Electrical Engineering from the University of São Paulo (USP) and has an executive MBA from the University of Michigan, in the United States.