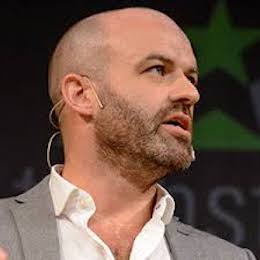 Joseph Thompson is the CEO and Co-Founder of AID:Tech. The first company in the world to use blockchain for Digital Identity and remittance delivery. AID:Tech have also released the first blockchain application of peer-2-peer traceable donations for clients of banks, corporates and consumers. n 2017, Joseph has been named as one of only ten chosen UN SDG Pioneer, for blockchain technology. Most recently he has also been named Schwab Foundation Social Entrepreneur of 2019. AID:Tech are winners of Citibank’s of the Game Changer of the Year Award for fighting corruption, which was presented by Director of the IMF, Christine Lagarde.