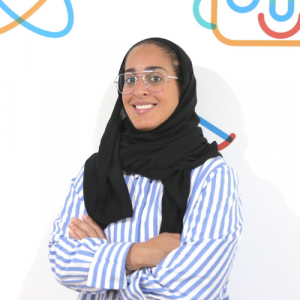 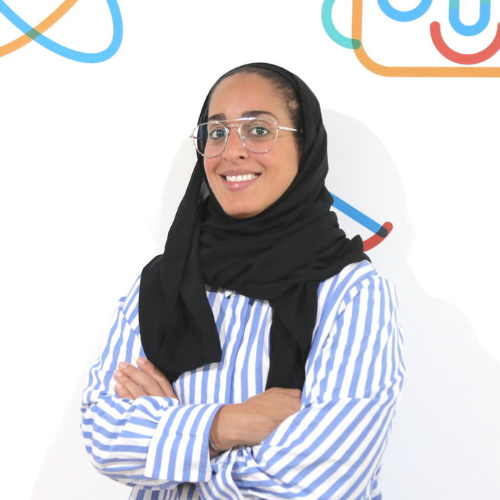 Latifa Al-Khalifa is a Social Entrepreneur and STEAM education advocate and one of the founding members of Clever Play, a social purpose-driven startup with a mission to inspire, educate and empower 1 million children in MENA STEAM skills by 2030.

To date, Clever Play reached over 13,000+ children inside and outside Bahrain. In line with United Nation’s Sustainable Development Goal No. 5, Clever Play maintains a strong and dedicated focus on girls and young women in view of promoting a broader STEAM ecosystem that supports gender equality.

In 2019, Clever Play was awarded the National Winner in the Entrepreneurship World Cup and was chosen as Top 100 Global Startups from 100,000 Entrants by the Global Entrepreneurship Network (GEN) and MiSK Foundation in Saudi Arabia as well as The Start Up With the Greatest Scale Up Potential by renowned American entrepreneur Verne Harnish.

Latifa holds a master’s degree in International Relations from Webster University, UK, and a bachelor’s degree in Politics & International Studies from Monash University, Australia. Her work on behalf of children has earned her broad recognition including: Female Entrepreneur of the Year awarded by His Highness the Crown Prince at the Bahrain Entrepreneurship Awards and Top Female Influencers in Bahrain in 2019 by Gulf Magazine.