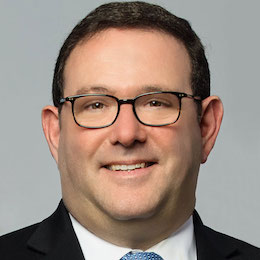 Peter L. Scher is Chairman of the Mid-Atlantic region and Head of Corporate Responsibility for JP Morgan Chase & Co. He is a member of the firmwide Operating Committee. Peter is the firm’s senior executive in the Mid-Atlantic Region – the third largest economic region in the United States – overseeing commercial banking, asset management, investment banking and consumer banking throughout Virginia, Maryland and the District of Columbia. Peter also oversees a number of the firm’s global corporate functions, including Government Relations and Public Policy, Philanthropy, Sustainable Finance and the JP Morgan Chase Institute. He is Chairman of the JPMorgan Chase Foundation, one of the largest corporate foundations in the United States and led the firm’s $150 million investment in the revitalisation of Detroit, which Fortune Magazine highlighted in ranking JP Morgan Chase Number 1 on its 2017 list of companies Changing the World. In 2019, Business Insider named Peter as one of the 10 people working for “better capitalism” on its list of 100 people transforming business. He was named by Washington Life Magazine as one of the most influential people in the U.S. Capitol and by the Washington Business Journal as one of the top business executives in the Washington, D.C. region.