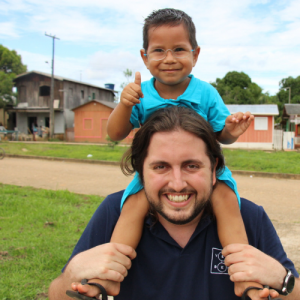 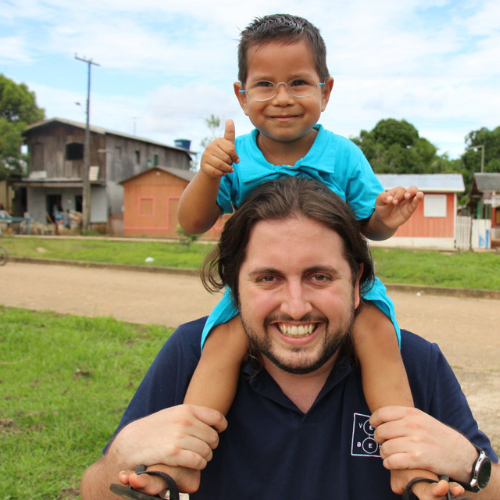 Nominated by Forbes as one of the most promising young adults in Brazil on the UNDER30 list, recognised as the Social Entrepreneur of the Year (under the age of 35), Global Influential Leader by AACSB, and elected as Standing Member at the National Youth Council (Conjuve) elected for the Health Chair, Ralf Toenjes was recently recognised one of the 17 United Nation’s Young Leaders for the SDGs, after a selection process with more than 7.000 candidates from 172 countries.

Toenjes holds three bachelor’s degrees in (i) Business and (ii) Economics from Insper, and (iii) Law from the University of São Paulo (USP). Social entrepreneur, co-founder, and President of Renovatio, an NGO that has the mission of addressing the lack of access to eyeglasses and eyecare in Brazil.

In less than five years, Ralf managed to set up fifteen mobile ophthalmological clinics by leveraging trucks and buses as mobile units and have already provided eye care to over 150,000 people and eyeglasses to over 60,000 people in Mozambique, Haiti, India, and 21 different Brazilian states.

With the vision of impacting the whole eye care system in Brazil, Ralf founded and leads VerBem, a social business that aims to disrupt the current status quo of a market that doesn’t even effectively reach 71% of the cities in Brazil.

Additionally, Ralf was invited to have lunch with Mr. Warren Buffet in Omaha, NE. He also received a scholarship from Fundação Estudar (Lemann’s Foundation for high potential young leaders) and was invited to share his journey in events such as Junior Enterprise World Conference, pre-World Economic Forum event, TedX (São Paulo, UFTM, Petrópolis), Enactus National Conference, among others.