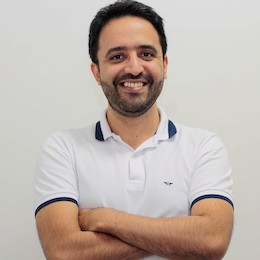 Robson Melo is passionate about education and is the Co-Founder of Estante Mágica, a social impact company that has turned more than half a million children into authors of their own books. With a master’s degree in City Law from the State University of Rio de Janeiro, he has made a career outside the legal world, working for over ten years with educational management and entrepreneurship. Born and raised in the Favela da Rocinha, son of illiterate grandparents, he founded Estante Magica in 2009 alongside Pedro Concy, with the aim of encouraging reading and writing. Robson was a speaker at TEDxRio Educação in 2018 and was chosen as Education Talent by the Lemann Foundation in 2019. Later this year, he hopes to have led the Magic Bookshelf to reach the milestone of over 1 million children becoming the authors of their own books.