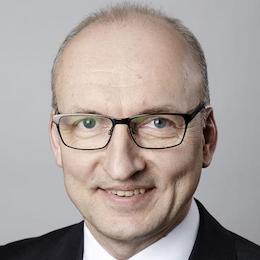 Markku Teräsvasara is the CEO and President of Metso Outotec. Metso Outec is a frontrunner in sustainable technologies, end-to-end solutions and services for the minerals processing, aggregates and metals refining industries globally.

Markku graduated as a civil engineer from Pori Technical College and began his career as a designer at Nord-Engineering Oy in 1988. After that, he continued to work as a designer in 1990-1993 at Insinööritoimisto Lauri Pitkälä Oy. In 1994-1997, he worked as a project manager at Insinööritoimisto Pitkälä Oy & Pitla Oy. From 1997 to 2016, he worked for the Swedish technology company Atlas Copco, first in sales positions and later in various management positions.

Markku believes that positive moves by the business can be contagious and spark wider societal differences. He is leading Metso Outotec to further work to reduce their climate impacts in the future through sustainable technology innovations, such as better waste management processes.