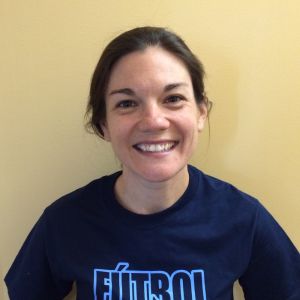 Mary Connor is the Co-Founder and Executive Director of Soccer Without Borders, a global non-profit that uses soccer as a vehicle for positive change in the lives of underserved youth.

Since 2007, Mary has worked to build the organization from the ground up, establishing programming and infrastructure that has led to its recognition on a local, national, and global scale, with awards from the Wharton Business School, FIFA, the Robert Wood Johnson Foundation, and the US Soccer Foundation. Mary joined Soccer Without Borders from the NCAA coaching and professional soccer ranks, earning her Master’s degree in Sociology from Lehigh University and her undergraduate B.A. in Philosophy from Dartmouth College.

Mary was drafted to play for the Philadelphia Charge in the WUSA and went on to play in the Icelandic Premier league. A Massachusetts-native, Mary has played, coached, and led soccer and soccer-for-development programs in 17 countries and 32 U.S. States.